After attending children's counselling at GenWest for several months, Aryan wrote this story about his experience of family violence.

Aryan hopes that his story will help other children who are going through family violence, and show them that they are not alone.

A note from Aryan's counsellor

I started working with Aryan in May 2022 when he was 9 years old. Aryan had been referred because he was finding it very difficult to cope with the changes that had happened in his family. Aryan had a lot of fears and worries about what family violence counselling would be like, and in his first sessions he was very quiet as we got to know each other. In these sessions, Aryan described his biggest worries as "what will happen", "what will change", and "what is going to happen next".  Aryan found it very hard to talk about his father and experienced a lot of anxiety about how his Dad would be perceived. Aryan had not told anyone in his world about his experience of family violence.

I saw Aryan every week until the end of 2022, in a room at his school. We played games, wrote stories and songs, and explored his world through sand tray play, drawing, and drama. In the final months of the year, I read Aryan a book called Roar, written by an author named Billy Black who had grown up in care and wanted to write a children's book about complex families and big feelings. Aryan was transfixed by the book and we reflected on how powerful it was to have books about tough things for children, written by people with lived experience. I asked Aryan if this was something he was interested in, and he immediately agreed and began working on his own book. We spent the final eight sessions working on the book, with Aryan thoughtfully and meticulously completing every word and illustration. It was Aryan's wish to share his book with other children who have experienced family violence. Aryan's Mum is also proud to see his book shared, and to have witnessed her son become more open about his inner world.

Aryan's work in writing and sharing this book demonstrates not only his progress in counselling, but the therapeutic affordances of advocacy and creative forms of resistance. As a children's counsellor in family violence, I am passionate about repositioning children and young people not as witnesses or objects of violence and trauma, but as political agents who are deserving and capable of advocating for their needs and broader injustices. I hope you enjoy reading Aryan's book and that it can help to inform all of our practice with families experiencing violence.

“Aryan’s parents separated when he was 9 years old. There was very bad stuff going on at home, so Aryan started seeing a family violence counsellor who saw him every Wednesday. Before the counselling, Aryan was sad and not wanting to show much. In the session they did activities, like drawing, playing and talking. Slowly, things became easier and Aryan started to open up. Aryan wrote this book because he wanted to show other kids that it’s okay to talk about family violence. And other kids also experience it.”

This story is about a puppy.

The puppy loves to run on the grass, in the flat open space.

When the puppy’s parents met each other, they fought rarely.

But then it became a lot.

Sometimes the puppy’s parents were happy, and sometimes they were barking loudly to each other.

When the puppy would hear his parents barking, it felt like thousands of animals in a stampede.

The puppy couldn’t make the stampede stop, and he felt like he was lost in the middle.

But one day, it stopped.

The puppy was shocked from the change, and also a bit worried.

The puppy always loved the father dog, but sometimes he was scary.

He was also kind sometimes.

The puppy thought he was the only one who was in a stampede like this, but then he realised there were others.

There were all kinds of baby animals experiencing this.

But when the stampede left and his dad had to move out, the puppy felt very lonely.

He was also funny, caring, and helpful.

The puppy was very worried for anyone to find out about what his dad did, and that they would say bad things about it.

At first, the puppy could only speak to his father on the phone, but he couldn’t visit him.

But slowly, slowly, the puppy could see the father dog more often.

At the start he only visited the father dog once every two weeks, but then he celebrated his birthday with him.

While he was experiencing all of these changes, the puppy found some things helpful.

He could speak with people he trusted, and he had someone to support him.

And he learned that it’s ok to speak about home things even though it has been bad.

Any feeling is ok when you are going through family violence.

And now the puppy is happy.

He has two homes.

This book is going to end, but the story isn’t. 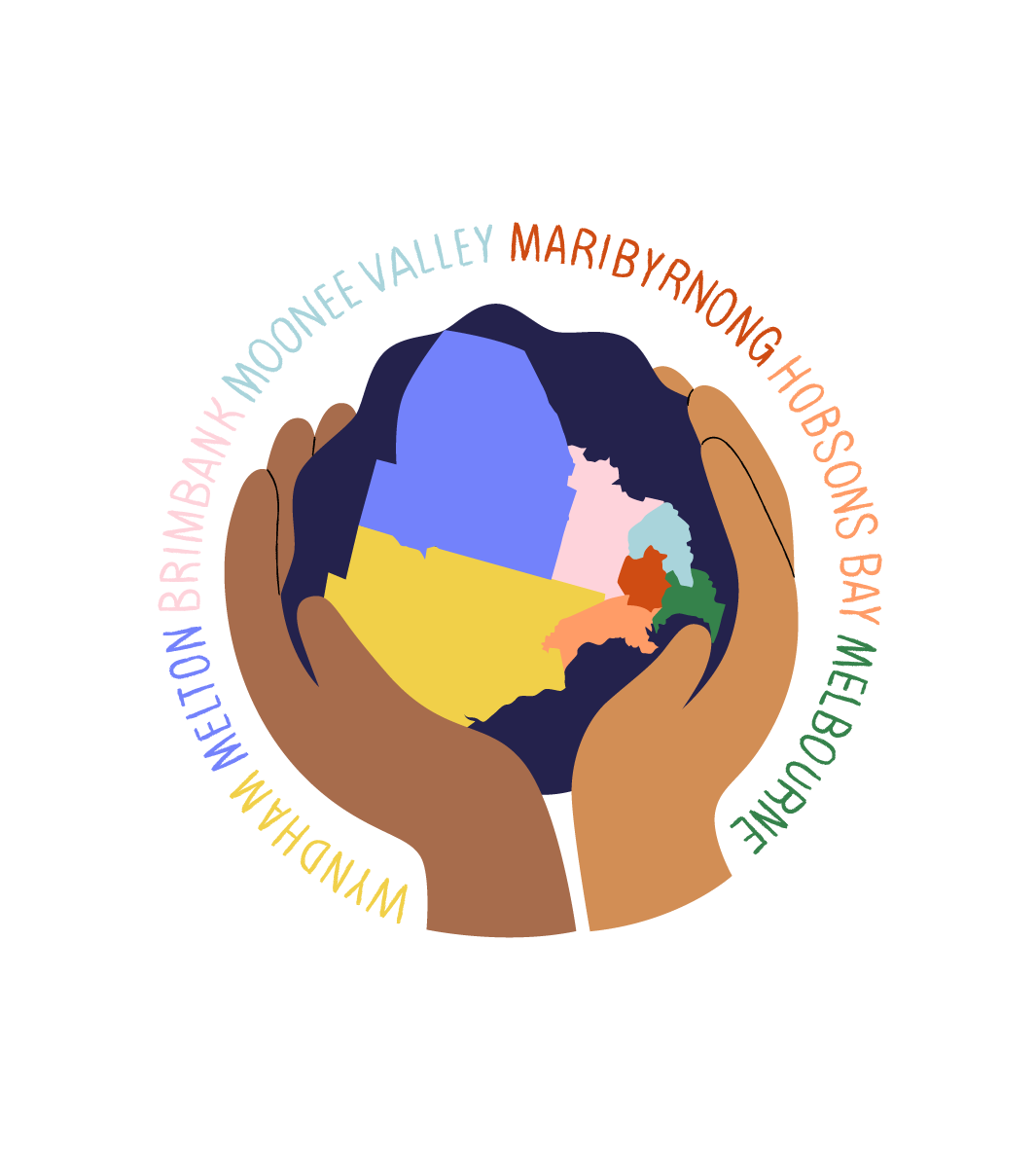